Welcome to Warwickshire Leisure Studies.  On these pages you will find mentally stimulating, and creative, local Warwickshire and West Midlands  adult leisure courses.  These are offered at a high level: often to university undergraduate level, and are  taught by local adult tutors who are well qualified in their subject areas, and often practicing in their own field as critics, writers, artists etc.  All tutors currently listed have previously worked for The University of Warwick Centre for Lifelong Learning (The University of Warwick’s own Adult Education Department) and some still offer some courses for the CLL as well.  Have a look around.  The tutor’s own, detailed info pages are on the left.   Find out about us and our courses.  Alternatively,  click on the subject list below. Found a course that sounds right for you?  Sign up using the PayPal button on the tutor’s page (You can also use a credit card.) or follow the tutor’s own sign-up instructions.

STEP IN TO SPRING WITH WARWICKSHIRE LEISURE STUDIES 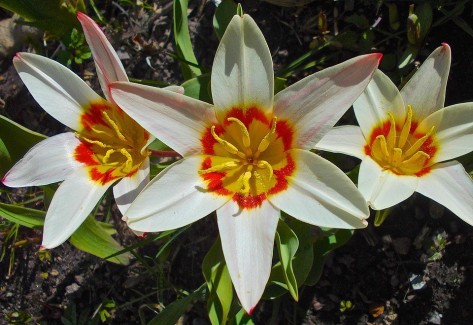 After we conclude our survey of the reign of Edward I, we turn to that of his son.  The subject of Marlowe’s famous play, Edward II’s devotion to his favourites, particularly the notorious Piers Gaveston, ensured the growth of a powerful opposition, whose members sought to regulate an irresponsible king.  With Scottish, Gascon and domestic crises, as well as the antagonism of his wife, Queen Isabella, Edward was to face deposition, and died, we are told, in horrible circumstances.  In a period characterised by violence, we shall also consider other aspects of its history.

This follows on from a previous course looking at other parts of this region. The Graeco-Roman East was the wealthiest part of the Roman Empire, and this is evident in the remains we will see. We will explore a selection of important historic cities, including the capital (Antioch). Splendid architecture, beautiful mosaics, and other works of art have been discovered in these cities, and these together with literary evidence can be used to illuminate this part of the world and bring this period back to life.

This semi-autobiographical novel by George Orwell draws on Orwell’s own experience of living in various rented rooms in and around Hampstead in the late 1920s and early 1930s.  It is obvious that although Gordon Comstock, a struggling book shop assistant by day and writer by night,  is not George Orwell he does have points in common. Comstock constantly struggles to maintain himself and to pay for occasional dates out with his girlfriend who lives in another bed-sitting room in London. Things become even more difficult when he gives up the day job to pursue dreams of being a poet …

An opportunity to develop drawing skills in a focused setting.  Some previous experience in drawing is required. Therefore, this day is open to improvers and experienced artists. You will work with line, proportion, angles, tone and shading. The focus will be on developing a greater understanding of the human form with a nude life model. There will be demonstrations and individual tuition throughout the day.

PYRAMIDS OF THE OLD AND MIDDLE KINGDOMS

The three majestic icons of ancient Egypt, dominate the skyline, the last surviving wonders of the ancient world.  Less well-known perhaps are the pyramids of el-Lahun, Hawara, Meidum, Dahshur, Abu Seir and Abu Rawash yet all were built to shelter the burial of the reigning king, a statement of power, a testimony not only to the skill of the ancient builders but to the organizational abilities of court and state.  Each  pyramid has a different story to tell,. Discover some of ancient Egypt’s ‘Pyramids of the Old and New Kingdoms’.

ROTTERS, TRICKS AND BEING RESPECTABLE

This term we are concentrating on books written by Midlands authors with a Birmingham setting:  Jonathan Coe’s The Rotters’ Club (2001) and Kit de Waal’s The Trick to Time (2018).  Breaking away from our usual discussion on fiction, we will also read Lynsey Hanley’s autobiographical/social science book Respectable: Crossing the Class Divide (2017) and discuss the value of such texts in our consideration of literary novels and book history.

Sample recent courses from Autumn 2019 – like something you see?  Watch out for a new course from the same tutor.

Towards the end of his reign, Henry III was faced with baronial revolt, led by Simon de Montfort.  De Montfort’s success was of short duration, however, and Henry was restored to power.  He was soon succeeded by his son, Edward I.  Edward has been described as autocratic and cruel. His conquest of North Wales, his reputation as the “Hammer of the Scots” and his expulsion of the Jews from England have brought him considerable notoriety.  We examine this “great and terrible king”

The course is designed for students with a fairly advanced level of facility in Latin, who wish to read and enjoy authentic texts in the original language. It is fine if you are a bit rusty to begin with though. This term will focus on  the witty and urbane poetry of Horace’s Satires Book 1. Discussions often extend beyond the nuances of the language, which we love, into fascinating aspects of Roman society and history.   Overall the aim is to accurately  translate some brilliant Latin verse into English, and to get a feel for the literary features used (e.g. metaphor, simile, rhythm and metre), and the context (literary, historical, social) in which it was written.

If you have any  general queries please do not hesitate to drop us a line using the form below,  but do send individual course queries to the tutors via their own pages, for more detailed responses.   (Note, you do not have to have your own website – fine to leave this bit of the form blank!)

Leisure Studies in Warwick and the West Midlands